Four officials of the Indian cricket board’s anti-corruption wing on Saturday landed in Kolkata and spoke to beleaguered pacer Mohammad Shami‘s wife Hasin Jahan over allegations that the player was involved in match-fixing.

Sources said Hasin Jahan spent the larger part of the day at the city police headquarters Lal Bazar, where the ACU officials interacted with her on the issue.

“I was not present at Lal Bazar. But I have learnt that the Board of Control for Cricket in India officials spoke to her. She was at Lal Bazar for the major part of the day,” Hasin Jahan’s lawyer Zakir Hussain told IANS.

But he could not give any more details.

However, another source claimed that Hasin Jahan has handed to them some documents supporting her allegations that Shami met a woman in Dubai who was supposed to give him money sent by another person from Britain. The officials also spoke to Hasin Jahan’s father and her two daughters.

Shami is currently the focus of an investigation of the Kolkata Police after Hasin Jahan accused the pacer and his family of domestic violence, attempt to murder and extra-marital affairs.

She has also released an alleged recording of her telephonic conversation with the pacer during which Shami rejected the accusations of adultery and claimed that he met a woman named Alisba in Dubai who was supposed to give him money sent by a certain Mohammed Bhai from Britain.

Following the controversy, the Board of Control for Cricket in India (BCCI) decided to keep on hold Shami’s annual player contract.

“The Committee of Administrators is concerned only with such portion of the said audio recording in which the person who it is claimed is Md. Shami is heard saying another person by the name of ‘Mohammad Bhai’ had sent money to Md. Shami through a Pakistani lady by the name of ‘Alisba’,” the CoA had said in a letter to Neeraj Kumar, the head of the BCCI’s anti-corruption unit.

“Please investigate the above assertions/allegations under the BCCI Anti-Corruption Code and submit a report to the Committee of Administrators with your findings as to whether there is any basis to proceed further in terms thereof. The investigation should cover (i) the identity and antecedents of ‘Mohammad Bhai’ and ‘Alisba’; (ii) whether any money was in fact sent by the said Mohammad Bhai through the said Alisba to Md. Shami; and (iii) if yes, the purpose for which the said money was received by Md. Shami,” the letter added. 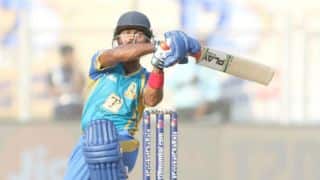 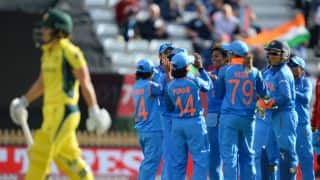