Since Dalmiya is not keeping well, his son Abhishek has looking after the BCCI’s day-to-day affairs.

The 75-year old Board of Control for Cricket in India (BCCI) President Jagmohan Dalmiya could make way for a new chief for the body due to certain healthy issues. According to a report from The Indian Express, Dalmiya has been asked by other BCCI members to step down for the smooth running of the board and this could happen following the Annual General Meeting in September. Dalmiya returned as BCCI Chief after a gap of 10 years when he was elected unopposed in March. BCCI officials included in this decision have planned to ask Union Finance Minister Arun Jaitley to request the veteran to resign from the position. Ajay Shirke, considered close to NCP chief Sharad Pawar, has a clean image and is well-respected among all board members. Chennai Super Kings to take call on MS Dhoni’s future

“Technically, Anurag Thakur is working both as president and secretary in BCCI at the moment. An institution like the BCCI needs someone who is completely fit. We all know what Dalmiya has done for Indian cricket, but looking at his health, we all feel, he should step down. BCCI will be hosting ICC World T20 next year and there are many more important decisions to be taken in the months to come,” a senior BCCI official said. Rajiv Shukla proposes committee to look into IPL’s best interests

Since Dalmiya is not keeping well, his son Abhishek has looking after the BCCI’s day-to-day affairs. BCCI rules say the term of the President is three years, and fresh elections can take place only if the current head steps down. IPL Governing Council must make sure players of banned franchises play in IPL 9: EAS Prasanna

“Dalmiya will only listen to Jaitley. Even before the last elections, Dalmiya had made it clear that he would follow whatever Jaitley said,” said sources. Enforcement Directorate arrests 3 bookies from Delhi, Mumbai over IPL betting issue 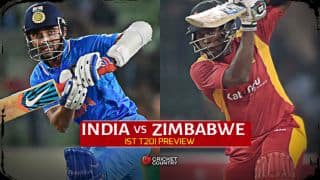