The BCCI has also paid the world cricket body an additional amount of USD 3,80,000 "towards ACSU services for IPL 2015."

Mumbai: BCCI has paid the International Cricket Council (ICC) around Rs 2.4 crore for various charges incurred for the Indian squad carrying “additional team members” during the World Cup held earlier this year. Mumbai pacer Dhawal Kulkarni was among the additional members of the Indian squad during the World Cup held in Australia and New Zealand. ICC rules allow only 15 members to be registered as players in the World Cup tournament. India, therefore, had listed pacer Kulkarni, who stayed on with the team at the conclusion of the preceding ODI tri-series, as part of the team management, according to the then news reports.

The amount, USD 3,70,111.96 that has been converted to Rs 2,43,500,36 at the conversion rate of Rs 65.791 to a dollar and paid to ICC as payment towards “airfare, accommodation, per diem and catering charges incurred for additional team members during ICC CWC 2015,” the note on the Board’s website says. These details have been put up on its official website by the BCCI under the sub heading over Rs 25 lakh payments made by the Board to various parries in last month.

The BCCI has also paid the world cricket body an additional amount of USD 3,80,000 (Rs 2,49,56,500 at the conversion rate of Rs 65.675 to a dollar) “towards ACSU services for IPL 2015.” The BCCI has also listed the amounts paid towards reimbursement of infrastructure subsidy claims to Maharashtra Cricket Association (Rs 11.20 crore) and Karnataka CA (Rs 67 lakh).

The Orissa and Himachal Pradesh Cricket Associations have been paid Rs 8.43 crore each “towards advance amount due to associations as per approval of WC (Working Committee) meeting 18/10/2015 and AGM held on 9/11/2015.” An identical amount has been paid to the Andhra CA as “additional advance against amount due to Associations as approved in WC and against ODI staging as per AGM approval,” while Rs 6.75 crore has been paid under the same provision to Saurashtra CA.

An identical amount of Rs 6.75 crore has been given to Maharashtra CA as “advance” under the same provision while the Delhi and Districts Cricket Association has been given an amount of Rs 2.81 crore as “advance against amount due to association out of media rights income for 2013-14.” Goa CA has received Rs 5.60 crore under provision “amount transferred towards amount due.”

Retired cricketer Zaheer Khan has been paid Rs 81.12 lakh “towards loss of pay rpt pay for IPL 2014”. Tour and match fees along with retainers have also been paid to current cricketers Harbhajan Singh, Umesh Yadav, Ajinkya Rahane, Murali Vijay and Rohit Sharma while former captain Sunil Gavaskar has been given commentary fees for the period between July and September, 2015. 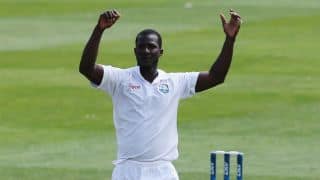 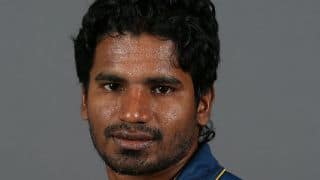