With a view to enhance IPL 2018 auctions, BCCI has decided to prepone its domestic tournaments Syed Mushtaq Ali and the Zonal T20 leagues. This will enable the young talents to showcase their skills before the auctions take place on January 28 and 29 in Bengaluru. The Zonal T20 leagues will now be held from January 8 to 16 while Syed Mushtaq Ali will take place from January 21 to 27.

At the same time, the schedule for Vijay Hazare has also been reworked. The group leagues will be held from February 5 to 14 while the knockout stages would happen between February 21 and 26. The Deodhar Trophy has also been advanced to March 4 to 8. Meanwhile Irani Cup, which features the Ranji Trophy winner, has been postponed from January to March.

On the change of fixtures, BCCI mentioned in their statement, In view of the IPL Player Auction which is scheduled on January 27 and 28, there has been a change of schedule for the domestic tournaments. The changes are being done so that the T20 Zonal League and Syed Mushtaq Ali Knock out (except final match) are held before the IPL player Auction which will enable the domestic players to showcase their talent and will also be beneficial for the franchises during the Player Auction to build their teams. 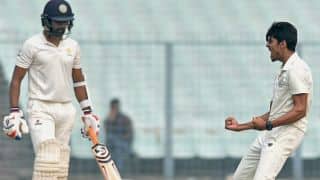