The deferment means that Ganguly, Shah, and George, who were elected on October 23 last year, would continue in the New Year, despite their terms having got over at different stages in the past few months.

Board of Control for Cricket in India president Sourav Ganguly, secretary Jay Shah, and joint secretary Jayesh George, whose tenures have ended, would continue at least till the third week of January, when the Supreme Court would next hear the cricket reforms case. Besides fixing the next listing, the court on Wednesday disposed of a ‘substantial number of’ the 102 applications attached with the case.

A bench comprising justices L Nageswara Rao, Hemant Gupta and Ajay Rastogi, in a hearing conducted through video conferencing, took note of submissions of various lawyers on behalf of state cricket bodies and decided to vacate the order.

All those petitioners, who have asked for various reliefs which could be decided by the high courts, have been now permitted to go to the respective high courts to avail their remedies, Narasimha said.

The deferment means that Ganguly, Shah, and George, who were elected on October 23 last year, would continue in the New Year, despite their terms having got over at different stages in the past few months.

The apex court has now posted some pending interim applications for hearing in the third week of January next year.

The apex court, while appointing Narasimha as the mediator, had said that he will hear the parties on the issues raised by them and make recommendations to the court-appointed Committee of Administrators (CoA) for BCCI.

“In case the parties are not satisfied, this court will hear the matter,” the bench had said and had asked him to look into the issues raised by several cricket associations about release of funds to them and make appropriate recommendations to the CoA.

In 2017, the apex court had appointed CoA, headed by former Comptroller and Auditor General of India (CAG) Vinod Rai, to run the affairs of BCCI and implement the court-approved recommendations of Justice R M Lodha panel on reforms in the cash-rich cricket body. 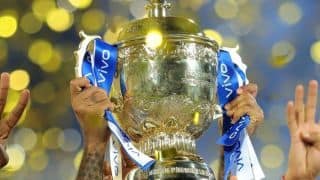