BCCI team, which is in town from January 29-31, toured each and every corner of the Sawai ManSingh Stadium and reviewed seating arrangements, dressing rooms and the pavilions et al.

With the decks being cleared for the Sawai Mansingh Stadium to host Rajasthan Royals‘ home games in the upcoming edition of the Indian Premier League (IPL), a BCCI team is in Jaipur reviewing the facilities and arrangements. According to information, the BCCI officials have given a task list to Rajasthan Cricket Association (RCA), directing them to finish the work by March 5.

BCCI team which is in town from January 29-31, toured each and every corner of the stadium and reviewed the seating arrangements, dressing rooms and the pavilions et al. After their tour, they listed their requirements and compiled a checklist which has been given to the RCA, RCA honourary secretary RS Nandhu told IANS.

Nandhu informed that the BCCI team is in Jaipur to ensure that the international standards are being met here for hosting the upcoming IPL. Nandhu was quite confident of accomplishing the tasks within the stipulated time. He said that RCA stands united to see the stadium hosting the cheering crowd again after a break of four years.

“We will be more than happy to see IPL coming back to Jaipur and hence will be working with the best of our capacity to accomplish the task with the given deadline,” Nandhu said.

When asked what kind of tasks are included in the list, he said that they are not that exhaustive and includes levelling the tiles, repairing the chairs and other similar tasks which will be completed by the given deadline. Rajasthan Royals vice-president Rajeev Khanna confirmed that a task list has been given to RCA.

“We are keen to play in Jaipur and hopefully we should if all goes well,” Nandhu added. Tejraj Singh, PRO, SMS Stadium was also optimistic when asked about the prospects of the stadium hosting IPL after four years.

“The stadium was used to be packed during the IPL matches. With a strength to accommodate around 25,000 people, the stadium, it seems, will be ready again to host IPL this time,” Tejraj added. 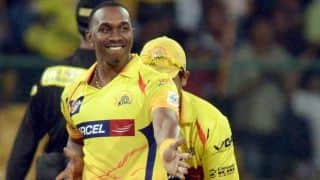