The SC will be hearing the arguments on 'One State One Vote' and pruning of the national selection committee which the BCCI has always termed as unimplementable.

New Delhi: A Special General Meeting of the BCCI will be held on Wednesday amid indication that a majority of its state association are in favour of partial adoption of Lodha Committee reforms in a bid to end the impasse. The meeting is significant considering Supreme Court will be hearing BCCI’s plea on some of the recommendations which the board has termed as “unimplementable” on April 18. Despite the Supreme Court barring disqualified officials like N Srinivasan and Niranjan Shah, some of their confidantes may threaten to once again play spoilsport although they may just be very small in number. The BCCI brass is happy that the Supreme Court is ready to hear some of the reforms that they have always found practically difficult to implement. The SC will be hearing the arguments on ‘One State One Vote’ and pruning of the national selection committee which the BCCI has always termed as unimplementable. N Srinivasan and Niranjan Shah restrained from attending BCCI’s SGM on July 26 by SC

It is learnt that a lot of members are in favour that the general body shows enough intent by adopting the reforms partially which would also send a positive signal to the Committee of Administrators (COA) as well as the apex court. “Look, the Supreme Court has given us new hope when they stated that they will hear some of the contentious issues once again. They have directed the BCCI to adopt as many reforms as possible.

“So, when the Supreme Court hears the case on August 18, at least they are aware that we have adopted a majority of the reforms,” a state unit member from west zone, who cannot be officially quoted, told PTI on Tuesday. There is a school of thought in the BCCI to adhere to the reforms adopted during the adjourned general body meeting held on October 1, 2016. SC willing to reconsider Lodha recommendation including ‘one state-one vote’ policy

“During that particular general body meeting, the members had agreed that around 80 percent of the reforms can be accepted. Also the special committee that was formed recently has also brought down the gamut of difficulties to four. “Therefore, if the unimplementable reforms are down to four, we can always accept the other reforms,” the official added.

Another item on the agenda will be the Deloitte Report pertaining to the ‘Fund Disbursement Policy’. The board may ask the company to give a presentation. Deloitte has prepared a 103-page report and many members will find it difficult to go through that report in entirety. A proposal might be placed before the floor to summon a Deloitte representative, who will do a presentation on the salient features that need to be adopted. CAB targets BCCI in SC for calling disqualified cricket administrators to SGM

Agenda of the SGM

1. To discuss the report of the meetings of the Special Committee of BCCI held on 1st July, 2017 and 8th July 2017 for implementation of the Hon’ble Supreme Court order dated July 18, 2016.

It includes the following 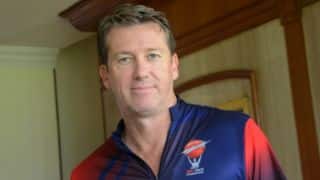