A cautious BCCI has decided to call a Special General Meeting (SGM) within the next two weeks to discuss the implications of the report.

New Delhi: Shaken by Justice RM Lodha committee’s recommended reforms of its governance structure, a cautious BCCI has decided to call a Special General Meeting (SGM) within the next two weeks to discuss the implications of the report. In fact, all the top BCCI officials will be present in Mumbai tomorrow at the Annual Awards Function of the BCCI. “Shashank Manohar has flown to Mumbai this evening. Others will also be joining by tomorrow morning for the Awards ceremony. The Indian team will also depart for Australia tomorrow. The top brass will decide on the date of SGM by tomorrow and the members will be apprised of the situation,” a BCCI functionary told PTI on conditions of anonymity. Supreme Court appoints panel to legalise betting

The members will discuss if at all they will challenge some of the points in the recommended report. The president however remained tightlipped on the matter. “I haven’t seen the report and I would not answer any queries unless I read the complete report of the Lodha panel,” BCCI president Shashank Manohar told PTI. Once Justice Lodha made the contents of the report public, most of the top office-bearers came to the conclusion that the next step will be decided once the Supreme Court hears the matter. BCCI mulling to challenge Justice Lodha Committee in Supreme Court

None of the officials want to come on record till the matter is heard in the apex court, but two key areas for the officials is age-cap and the tenure along with cooling-off period in the interim. “While the commission states that they did not want to hurt BCCI’s autonomy but some of the suggestions are direct infringement on the autonomy of the board. It was Sharad Pawar, under whose presidentship, BCCI introduced pension scheme for players. Pawar saab is still active in Indian politics. You can’t stop him for being above 70 years,” a senior BCCI official told PTI. Bishan Singh Bedi welcomes Lodha committee’s suggested reforms

The other point of concern is the cooling-off period between holding two posts. “If a person has done good work as the secretary or treasurer, why do you want to stop him from continuing the good work as an administrator. Also, how can you limit a tenure. We don’t take government subsidies. The selection committee size is being reduced to three. How can three selectors cover 27 Ranji Trophy teams across four to five months,” asked another influential official. Lodha Committee recommendations to Supreme Court on Indian cricket 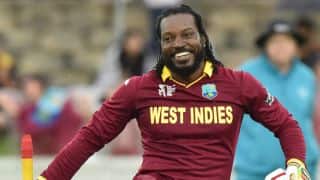 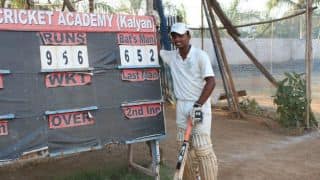