The Board of Control for Cricket (BCCI) in India have made an official announcement that former India skipper and legendary leg-spinner Anil Kumble is Indian cricket team’s head coach till 2017. The support staffs which will be spearheaded by Kumble will be announced shortly by BCCI. The previous support staffs for Team India, till the ICC World T20 2016, involved Sanjay Bangar as the batting coach whereas Bharat Arun was the bowling coach. Since Ravi Shastri was the Team Director during this time with the mentioned support staffs, Kumble may like to go for a change in the entire team management and begin from scratch. ALSO READ:Kumble named India’s head coach: Twitter reactions

Kumble has been the architect of many famous wins the team earned during his playing days. A veteran of 132 Tests, Kumble has foxed batsmen an astonishing 619 times and has a total of 956 wickets under his belt across formats. Kumble, known as Jambo too, also had captaincy experience before he called it quits from the game. He was appointed captain in 2007 after Rahul Dravid resigned from the post. He also led Royal Challengers Bangalore (RCB) to their first Indian Premier League (IPL) final in 2009 but finished second. He has also been the mentor of Mumbai Indians (MI) and RCB in the past years. ALSO READ:Why Kumble is ideal choice for India coach?

It is believed that the Cricket Advisory Committee (CAC), consisting of VVS Laxman, Sourav Ganguly and Sachin Tendulkar , who played a major part in appointing the new coach, were impressed by Kumble’s presentation and this led to his final selection. Kumble is expected to join the camp, scheduled for the national team, before they depart for West Indies. The camp is expected to be held in National Cricket Academy (NCA), Bangalore from June 29th. 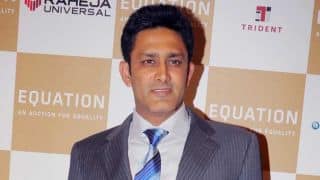 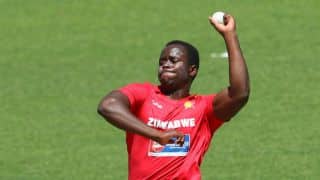