BCCI to have only 1 cricket association per state: Reports

BCCI to have only 1 cricket association per state: Reports

Maharashtra and Gujarat are the two states, who will be most affected by this move.

Another such recommendation will be to ensure that BCCI officials do not hold any position in the state associations. If this comes true then likes of Anurag Thakur and Rajiv Shukla will have to forfeit their positions from their respective states. A BCCI official said, “Don’t throw the baby out with the bath water. Just because o one man you can’t punish the entire board. READ: Farokh Engineer disappointed over being snubbed by BCCI for lifetime achievement award

He added, “If the Lodha panel adopts a policy of ‘one team per state’, it would destroy “the history of BCCI” and would damage the very existence of the game in this country.”

“These teams were formed before some of the modern states came into existence,” another official added. It is believed that if the roles are bifurcated, then there will not be enough people to handle the state affairs. It is said that the administrators ability to handle things in the BCCI gives them the expertise to take care of affairs in their respective state associations. READ: Shashank Manohar: BCCI will not accept DRS till all its problems are sorted out

“It simply can’t work. Today the board has an asset worth Rs 10,000 crore. In the last six years, the board has paid Rs 100 crore as income tax and gets the country around Rs 400 crore worth of foreign exchange every year. When India won the first World Cup in 1983, the board didn’t have Rs 2 lakh to honour its world champions. We are a professional body and deserve that respect,” the official said. 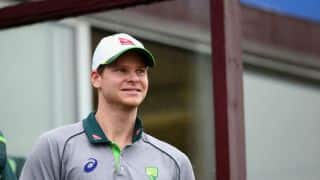 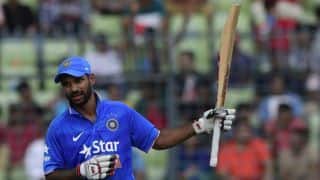 Vijay Hazare Trophy 2015-16: Delhi and Gujarat to battle out in final