According to the MPA signed in 2014, India were to host 50-over Champions Trophy in 2021 but now BCCI has been asked to host the tournament in the Twenty20 format.

Miffed at a few decision taken by the ICC in the last few months, some members of the BCCI have alleged that the Member Participation Agreement (MPA) has not been honoured by the world governing body of the game.

It has been learnt that representatives of 18 full members of the BCCI held deliberations over a conference call this evening and have vowed to safeguard the Board’s interest.

According to the MPA signed in 2014, India were to host 50-over Champions Trophy in 2021 but now BCCI has been asked to host the tournament in the Twenty20 format.

Sources say BCCI members are not pleased with the fact that in its Global Strategy for Cricket, the ICC has described the heavy dependence on the Indian fans and revenues as a “weakness” and “laments” the lack of aggressive growth strategy to counter over-reliance on India.

“Thus, the intent with regard to India is apparent. The decision to convert the Champions Trophy into a World T20 event is another such recent development,” said an official on the condition of anonymity.

“The members took a dim view of these developments and were of the view that the BCCI as an organisation would necessarily need to discuss these issues of policy and take appropriate decisions in this regard at a General Meeting,” the official said.

“Consideration of and deliberations on the proposed Member Participation Agreement with the ICC would also be undertaken to safeguard the BCCI’s interest before the same is executed on behalf of the BCCI, in lines with an earlier decision of the General Body of the BCCI,” the official said. 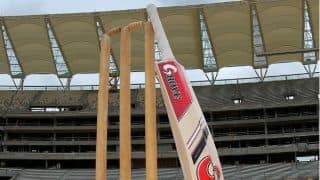