BCCI has assured the Bhutan Cricket Council Board (BCCB) that it will assist the latter it in developing cricketing infrastructure.

The Board of Control for Cricket in India (BCCI) has assured the Bhutan Cricket Council Board (BCCB) that it will assist the latter it in developing cricketing infrastructure.

In this regard, a detailed meeting was also held between BCCI and BCCB office bearers at the Cricket Center in Mumbai. President and Secretary of the Bhutan Cricket Council Board, Thinley Wangchuk Dorji and Jigme N. Norbu respectively, met BCCI secretary Amitabh Chaudhary and sought assistance of the Indian cricket board for the betterment of cricket in Bhutan.

As Bhutan has a very difficult terrain to make good cricketing grounds and train their players, the BCCI has agreed to give them technical support for the betterment of cricket in all 20 districts of Bhutan, Chaudhary told ANI.

“As our neighbours they look up to us for support in developing the game in Bhutan. The geography of Bhutan is a bit of challenge. They lack the number of grounds they would like to have, but I am glad to tell you that they have started developing a full-fledged regulation cricket ground in places around Thimpu,” Chaudhary said.

“Bhutan wants BCCI representatives, including those who are technically equipped, to go and inspect the existing facilities and terrain of Bhutan and see what further can be done.”

“The BCCI will be every keen to provide technical support to Bhutan such as sending coaches, fitness trainers, physios and all other support we have,” he added.

The BCCB is an active member of the International Cricket Council (ICC) and the Asian Cricket Council (ACC). BCCI has assured Bhutan that it will also be putting the BCCB’s application for enhanced financial assistance from the ACC in their next meeting in Kuala Lumpur.

The BCCI has also assured the BCCB about organising some good competitive exhibition matches in the country to promote the game in the near future.

“We are very new to cricket. Presently we are playing the game in five out of 20 districts in Bhutan. We have 12,000 children playing cricket at this stage. It is a sport that is slowly generating interest and I see a lot of potential for growth of the game in the country,” Thinley Wangchuk Dorji, the President of the BCCB said.

“We are hoping that through the support of the BCCI and through the ICC and the ACC, we can fulfill our dreams and aspirations for cricket. We are very happy for the technical assistance from the BCCI. I think it will be more than enough at this time for cricket in Bhutan.”

“Our priority is to spread the game in all 20 districts and concentrate on the grassroots level,” Dorji added. 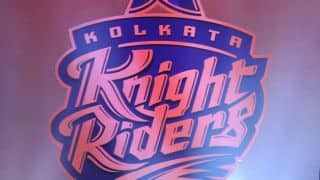