As part of the ICC World Test Championship, England are to tour India next year in February-March for a five-Test series.

The England and Wales Cricket Board (ECB) reportedly requested with the BCCI to consider shifting its upcoming Test tour of India to UAE in the backdrop of the rising coronavirus cases in the country. The Indian board, however, has said no, hoping to convince their counterpart to play in a bio-secure bubble.

As part of the ICC World Test Championship, England are to tour India next year in February-March for a five-Test series.

England and India were to play in a limited-overs series in September but it was postponed to 2021 because of the coronavirus pandemic. BCCI now wants the five-match series to be reduced to three Tests so as to make room for ODIs and T20Is, a proposal ECB may accept.

However, they are yet to confirm whether they plan to tour India at all, reports The New Indian Express.

BCCI, on their part, have hired the same firm to prepare a bio-secure bubble that England did when they hosted West Indies and Pakistan in July-August. India may also limit the tour to just two venues just like England did as they held the Tests and limited-overs series in Manchester and Southampton.

Another factor that might be playing on BCCI’s mind is to not lose home advantage for the Test series as the race to the World Championship final gets tighter. India still are at the top of the points table but a 0-2 away defeat to New Zealand earlier this year has made their path a bit tricky.

However, that doesn’t seem to be BCCI’s immediate concern as it remains firmly focused on ensuring the IPL season, scheduled to start from September 19 in UAE, goes without any hitch.

It already has faced a major hurdle in Chennai Super Kings which reported 13 positive coronavirus cases after landing in UAE. As a result, it is yet to confirm the fixtures with just over two weeks left before the start of the season. 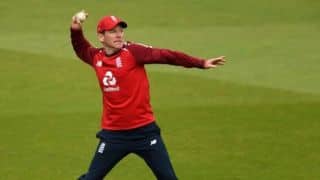