Irrespective of BCCI s stand on Champions Trophy, the future of the format is not clear.

BCCI is believed to have opposed ICC’s decision to convert the 2021 Champions Trophy to World T20 as it goes against the members playing agreement. ICC are yet to take a decision on the same. The World T20 is set to be hosted in 2020 in Australia in October and November.

We are in a situation where there will be back-to-back ICC T20 events. There is no necessity for it, as if we play host to one, it would mean two T20 events in less than 12 months with different names. We will ask for a rethink, a board official told The New Indian Express.

Earlier, BCCI ensured that they play their opening match of the 2019 World Cup on June 5, whereas the tournament starts on May 31. BCCI’s decision comes as per the Lodha guidelines which states there has to be a gap of 15 days between IPL and India’s next assignment. IPL 2019 will only conclude in the third week of May. 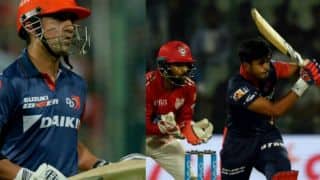