BCCI wants the broadcaster to pay Rs. 16,000 crore as IPL fee for a cumulative period of 10 years.

The Board of Control for Cricket in India (BCCI) is expecting broadcasters to pay Rs. 16,000 crore as the charges for Indian Premier League (IPL) for a cumulative period of 10 years. However, it is believed that this might not be feasible considering that broadcasters do not normally make this kind of revenue. Taking the case of Sony Pictures Networks India (SPN), they made only Rs. 1,000 crore through sponsorships and advertisements. This was for the 2015 season of the league. Next year, revenue increased only slightly. If BCCI increases the fee, SPN might find it difficult to generate that kind of revenue. In 10 years, Sony gave a fee of around Rs. 8,200 crore as IPL fee. This comes out to Rs. 820 crore per year. BCCI now wants to approximately double this fee. ALSO READ— IPL 2016: Broadcaster set to earn Rs 1,200 crore from advertising revenue

An integrated media agency’s senior executive was quoted by economictimes.indiatimes.com saying, “I can’t see how a multi-fold jump in the licence fee is possible. It (IPL) is a good property without a doubt, but expecting a double or more than that increase is like killing the goose that lays the golden egg.” ALSO READ— IPL 2016: Sony expects viewership to go up to 500 million for IPL 9

Meanwhile, a top executive from a media buying agency said, “This will be an interesting fight. BCCI will definitely want to milk the rights. The sense in the market is that both SPN and Star India will be looking at anywhere between $2.5 billion and $3 billion (Rs 16,750-20,100 crore). The negotiations have just started. SPN will be making an offer with a modest increase, which then will push the BCCI look for more options and come back to SPN to see if they want to match it.”

A media planner echoed similar views, “If the rights fee is doubled, to achieve those kinds of numbers, any network will have to reinvent its game. It might be a huge challenge considering a lot of innovations to shore up revenues have already been tried in the last few years,” said a media planner. 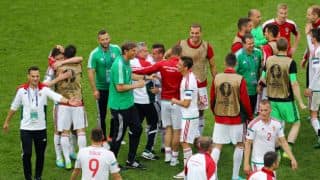 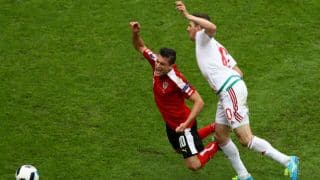 Euro 2016: Zlatko Junuzovic to miss Austria's match against Portugal due to ankle injury