Board of Control for Cricket in India's (BCCI) Anti Corruption Unit (ACU) will keep track on match-fixing accused Sanjeev Chawla who was brought to New Delhi on Wednesday after his extradition from London.

Board of Control for Cricket in India’s (BCCI) Anti Corruption Unit (ACU) will keep track on match-fixing accused Sanjeev Chawla who was brought to New Delhi on Wednesday after his extradition from London.

“Our officers who are in Delhi will be associated with it and they will also follow up. If they (Delhi Police) permit us, we would like to talk to Sanjeev Chawal. If we get permission, we will definitely talk to him. The officer we have in Delhi was associated with this case and he is now with BCCI which will help us,” ACU chief Ajeet Singh told ANI.

When asked whether both Delhi Police and BCCI will look into the matter, Singh said, “We cannot say. It is up to the Delhi Police. He is in their custody and we cannot take it for granted but we contact them definitely.”

“First of all, he has to be interrogated at length to unearth the whole conspiracy. All accused involved in India or abroad are to be identified. He has to be taken to Cochin, Jamshedpur, Faridabad, Vadodra, Nagpur Mumbai and Bangalore for investigation. Detailed interrogation and confrontation with other accused persons is to be carried out to completely unearth the match-fixing conspiracy,” the Delhi Police’s Crime Branch had told the court.

The match-fixing racket was busted by the Delhi police in 2000.

Terming Chawla as the “main conduit” in the match-fixing in India-South Africa cricket series in 2000, the Delhi Police Crime Branch had sought Chawla’s custody for 14 days. However, Additional Chief Metropolitan Magistrate Sudhir Kumar Sirohi permitted Delhi Police to quiz Chawla only for 12 days.

Speaking to reporters, DCP Crime Branch Ram Gopal Naik had said there were six accused in the chargesheet of whom three were arrested.

“The other two accused were Sanjeev Chawla and Manohar Khattar. Khattar is in the US as per our information,” Naik had said.

Former South African captain Hansie Cronje, who later died in a plane crash, had also been named in the chargesheet.

“The accused Sanjeev Kumar Chawla played the main conduit in the above match-fixing and while committing the above-said crime he stayed in the same hotels where the teams were staying. He had given money, mobile phone and also transferred money in accounts of accused Hansei Cronje. He was in regular contact with other three accused persons and many others,” the Crime Branch had told the court.

Public Prosecutors Atul Kumar Shrivastava and Anil Paswan told the court that the accused is required to be confronted with evidence in connection with match-fixing of five ODI matches and some Test matches that took place in 2000.

Advocates Vineet Malhotra and Hemant Shah appeared for Sanjeev Chawla and opposed the Delhi Police plea seeking custodial interrogation stating that the chargesheet has been filed in the case.

The lawyers also said that as per the extradition terms and conditions, the government has assured that Chawla would be only kept in Tihar Jail. 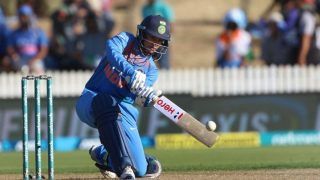