Live Streaming is a very popular concept now-a-days. Today, one can relish the experience of matches not just on television (as was the case a decade back) but also on the move. Laptops, mobiles, tablets and other gadgets have made this more accessible. Internet has made people more tech-savvy. The viewer should be cautious with live streaming as many malicious websites project to the viewer that they are live streaming providers and end up in corrupting and infecting gadgets with viruses. Hence, it is extremely important that authentic websites are used by viewers for live streaming. 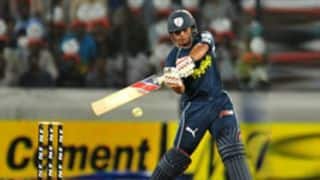 Poll: Who should open for India in the limited-overs matches against South Africa?