Stokes' association with sponsor New Balance was terminated after Stokes apologised for a video in which he mocked Katie Price's disabled son Harvey.

Prior to the whole Steven Smith-David Warner saga, there was Ben Stokes and Alex Hales street-brawl case that shook England cricket. Stokes wasn t allowed to participate in the Ashes. He missed the Australia series. Following the street-brawl incident that was condemned by several former England cricketers, the sponsors as well terminated their contracts with the all-rounder.

His association with sponsor New Balance was terminated after Stokes apologised for a video in which he mocked Katie Price’s disabled son Harvey.

America s sports giant, New Balance, said it does not condone behaviour by our global athletes that does not match our brand culture and values, and therefore we have ended our relationship with Ben Stokes, effective October 11, 2017. However, Stokes has now found a new cricket sponsor in Gunn and Moore. Since his return in international cricket in February, Stokes bat has been blank.

Gunn and Moore s were glad to be associated with Stokes: GM is delighted to announce the signing of Ben Stokes to a long term cricket bat and equipment contract with immediate effect, as quoted by ESPNcricinfo.

Apart from the street-brawl case, Stokes is also currently fighting against affray charges for which he pleaded not guilty. The next trial of the case will be taking place at Bristol Crown Court on August 6. Around the same time India will be touring England as well and Stokes is likely to be unavailable for that brief period. 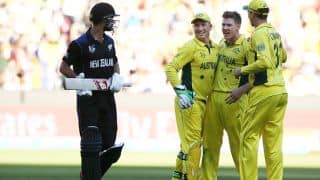 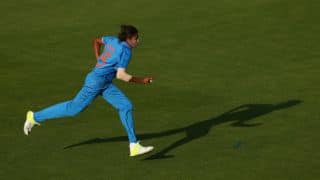