All of Ben Stokes' catches came while fielding at the second slip. England allrounder Ben Stokes had a memorable 2019 and his 2020 has also begun on a record note as he became the first from his country to claim five catches in a Test innings.

Stokes thus also equalled the record for the most catches, other than a wicketkeeper, in a Test, becoming the 12th fielder to do so.

All of his catches came while fielding at the second slip including that of Zubayr Hamza, Faf du Plessis, Rassie van der Dussen, Dwaine Pretorius and Anrich Nortje. Three of them came off the bowling of James Anderson and one each from Stuart Broad and Sam Curran.

Stokes played a starring role in England’s maiden ODI World Cup title winning run before engineering a come-from-behind win in the Ashes Test at Headingley last year. For his achievements he was awarded an OBE – Order of the British – by Queen Elizabeth II and was also voted as the BBC Sports Personality of the Year 2019.

Meanwhile, Anderson claimed a five-for as England bowled out South Africa for 223 in 89 overs, thus taking 43-run lead in the first innings of the ongoing second Test. Opener Dean Elgar top-scored for the hosts with 88 while Rassie scored 68 off 187.

The 37-year-old Anderson thus recorded his 28th five-wicket haul, going past the likes of countrymate Ian Botham and India offspinner Ravichandran Ashwin who each have done this 27 times. 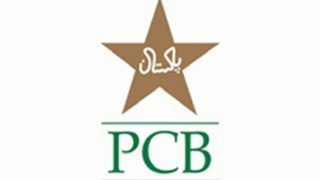