After the series win in Bangladesh, Stokes expressed happiness over his side s recent successes in limited-overs formats and said that his side can become World No. 1 in ODIs if it can continue playing in the same fashion.

On Wednesday, England managed to do what India, Pakistan, South Africa and Afghanistan could not do in last year or so beat Bangladesh in a One-Day International (ODI) bilateral series on their own soil. The three-match series, which was full of drama, courtesy the second ODI, was eventually won by England 2-1. The second game saw some ugly events take place when England s stand-in skipper for the tour Jos Buttler had an altercation with the Bangladesh players after he was given a verbal send-off in a keenly contested game. Later, his deputy Ben Stokes too got into a heated exchange of words with the Bangladeshi opener Tamim Iqbal during the post-match handshakes.

These two incidents had ensured that the third and the final ODI, which had also become the series decided with the scoreline reading 1-1 after the first two games, became exciting with all the eyes being fixed on it. It did turn out to be a good game, with Bangladesh scoring 277 in their stipulated overs after batting first and England chasing it down in the end. Quite fittingly, the script unfolded in a melodramatic way, with Stokes being present in the middle when the winning run was hit. The left-handed batsman, who bowls with his right hand, scored a vital unbeaten 47 in his side s win. He had also hit his maiden ODI hundred in the first game of the series, thus earning the Man-of-the-Series award.

After the match, Stokes expressed happiness over his side s recent successes in limited-overs formats and said that his side can achieve the objective of becoming World No. 1 in ODIs if it can continue playing in the same fashion. It s really exciting. If we carry on like this we ll achieve our target of being world number one, Stokes was quoted as saying by a Sky Sports report. His statement comes in the wake of his side s third successive ODI series triumph, having beaten Sri Lanka and Pakistan at home earlier this year. England are currently fifth in the ODI rankings, behind Australia, South Africa, New Zealand and India.

They will climb to the top of the ODI cricket world rankings if they can maintain their fine form in the format. Knowing that very well, Stokes added, The team we have had together for the last 18 months have been playing unbelievable cricket. The win in Bangladesh was like coming a full circle for the England side, as a loss against the same team in Adelaide last year during the ICC Cricket Word Cup game knocked them out of the tournament. The loss also triggered a string of changes to the national team set-up and Stokes felt the squad is starting to yield the dividends of the strategy.

With skipper Eoin Morgan sitting out the Bangladesh series over security concerns, wicketkeeper-batsman Buttler was given the reins of a young and inexperienced squad against a side that had won their six previous home ODI series. On this, Stokes said, Me and Jos work quite well. We are quite aggressive in how we want to play our cricket, not just with the bat and the ball, but with field placings. England and Bangladesh will now play two Tests. Morgan and hard-hitting opening batsman Alex Hales are expected to return to the squad when England travel to India for their next three-match ODI series in January. 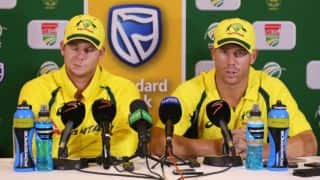 India vs New Zealand: Hosts need to win ODIs 4-1 to move up in rankings