Ben Stokes pulls one out of thin air

Ben Stokes pulls one out of thin air

Ben Stokes threw light on the importance of slip fielding.

Cricket’s oldest rivalry The Ashes has witnessed some breathtaking catches throughout the series. The level of intensity is at another level. In the decisive fourth Test of the ongoing Ashes at Trent Bridge, English speedster Stuart Broad delivered a magical performance in the absence of his hunting partner James Anderson. His efforts were equally supported by his teammates on the field. And on this occasion, Ben Stokes threw light on the importance of slip fielding.

Batting first, Australia got off to a disastrous start in the first innings as they lost early wickets. The overcast conditions and doctored pitches were providing tremendous help for the bowlers to exploit. Australian batsmen at the crease didn’t look comfortable and were struggling to confront the swinging deliveries of English bowlers. Broad was in red hot form and looked unplayable as he was ripping through the Australian top-order. Australia was struggling at 21 for four, when Broad tested Adam Voges’ Achilles heel with a fuller one. Voges accepted the challenge and went for a drive but only managing to get a thick outside edge. The ball flew towards the right of Ben Stokes who was stationed at fifth slip and in no time responded to the urge and dived to clutch a magnificent catch. Australia were bowled out for a mere score of 60 runs and eventually lost the Test by an innings and 78 runs. This victory further helped them to seal the five match-series by 3-1 and regain the Urn with a match to go at The Oval.

The Test although had a several glittering moments but this quest by Stokes was a treat for the eye to watch. 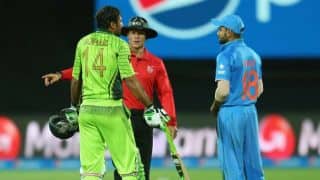 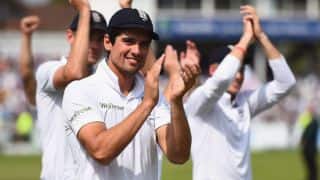