The Kiwi-born Ben Stokes said he was looking forward to seeing his parents in the South Island city he left when he was 12.

Suspended England all-rounder Ben Stokes landed in New Zealand Wednesday, joking about “working on my golf swing” amid speculation he is set for a dramatic Ashes call-up. The fiery all-rounder was tight-lipped after touching down in Christchurch, where he hopes to play first-class cricket for the Canterbury in New Zealand’s domestic one-day competition.

The Kiwi-born Stokes said he was looking forward to seeing his parents in the South Island city he left when he was 12.

“It’s been that long since I’ve been back here, I’m 26 now,” he told reporters, refusing to discuss the trolley full of cricket gear he was pushing and instead quipping about golf. Stokes is barred from international cricket as British police investigate his alleged involvement in a late-night fight outside a Bristol nightclub.

But the suspension announced in September does not apply to domestic cricket, meaning Stokes could turn out for Canterbury as early as this Sunday.

His stint with the New Zealand side is widely seen as an attempt to stay match-fit if Stokes receives the call to travel to Australia and bolster an England side reeling from a 10-wicket defeat in the first Ashes Test.

Britain’s Telegraph newspaper reported that England had contingency plans to fast-track Stokes back into the Ashes squad within 48 hours if police decide not to charge him over the fracas.

That could see him play in the Third Test in Perth starting December 14.

But first he has to sort out his immediate future with Canterbury, which is expected to discuss the issue at a board meeting on Wednesday night.

“I hope from a coaching point of view we can make this work. We’ve got a pretty young team here and to play alongside a premium world-class allrounder would be great for them.”

Stokes was born in New Zealand but moved to England as a child when his father Gerard, a former rugby league international, took a coaching role.

Both his parents have since moved back to Christchurch. The ECB has emphasised that Stokes is on a private trip that had not been set up by the organisation. 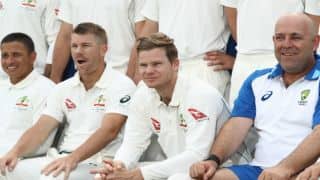 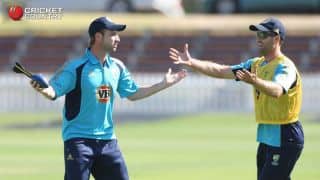