A brilliant 97 and 96 from Kallis and Hussey ensured that Sydney Thunder reached a huge score.

Sydney Thunder reached 208 for 1 in 20 overs against Brisbane Heat thanks to superb innings by veterans Jacques Kallis and Michael Hussey. Opening the innings for Sydney, Hussey made 96 of 60 balls and Kallis made a 55-ball 97. Hussey was eventually dismissed of the last ball of the 17th over by Cameron Gannon as the opening wicket partnership was brought to an end with 160 runs on the board. Newly appointed England skipper Eoin Morgon joined Kallis out in the middle and the pair put on 48 for the second wicket, which enabled Sydney to reach 208.

The bowlers took an pounding as most of them went for over ten runs an over. Brisbane Heat had earlier won the toss and elected to field first. They will need 209 runs to win the match. 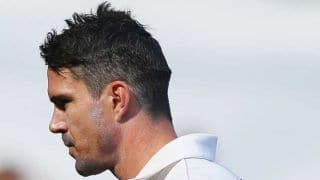 Sachin Tendulkar and Sourav Ganguly: When the legends faced off in the ISL final