Chasing 155, openers Wade and Short s unbeaten 158-run partnership helped their side record only the second ever 10-wicket victory in BBL history.

Chasing 155, openers Wade and Short s unbeaten 158-run partnership helped their side record only the second ever 10-wicket victory in BBL history. Wade, who won the Man of the Match award, carted eight boundaries and three sixes for his 49-ball 84, while Short smashed eight hits to the fence and two sixes in his 52-ball 73 as the duo reached the target with 19 balls to spare. (ALSO READ: James Vince, Jordan Silk lift Sydney Sixers to second position)

Earlier, after opting to bat, Adelaide were off to a slow start. They lost opener Jake Weatherald for just four to Riley Meredith in the second over. Captain Colin Ingram top scored with 67 off just 36 his innings laced with six boundaries and three sixes. However, Ingram failed to receive any support from the other end with the next highest run-scorers coming from Alex Carey and Jonathan Wells, who scored 28. (ALSO READ: All-round Marcus Stoinis hands Melbourne Stars much-needed win)

For the Hurricanes, James Faulkner and Jofra Archer pocketed two wickets each. Faulkner went for 24 runs in his four overs, while Archer went for a run less. 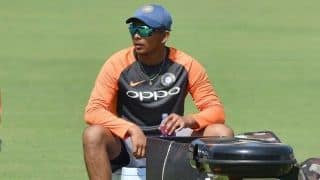 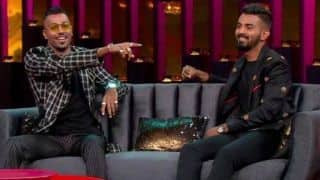