Australia’s domestic T20 competition Big Bash League (BBL) has scrapped the controversial boundary countback rule that decided the winner in case a Super Over also ended in a tie.

The countback rule gained global attention after England’s victory against New Zealand in the final of the ICC Cricket World Cup 2019 was decided in the manner drawing widespread criticism.

In light of what transpired at Lord’s in July during the world cup final, Cricket Australia (CA) has decided to do away with the clause and instead there will be ‘unlimited amount’ of Super Overs in BBL finals till a clear winner emerges.

However, the number of Super Overs will be limited where there are “unavoidable time restraints”.

“The Super Over has been a discussion point globally after the ICC Cricket World Cup Final,” CA’s Head of Big Bash Leagues Alistair Dobson said. “The WBBL04 Semi-Final between the Sydney Sixers and Melbourne Renegades gave us valuable insight into the feelings of teams and fans towards Super Overs.

“We hope that allowing for multiple Super Overs in WBBL and BBL Finals will provide our teams and fans with the best possible experience. We look forward to another competitive season for both leagues and believe we have a strong system in place should a nail-biting knockout match arise,” he added.

Two finals in Australia’s Women Big Bash League (WBBL) have been decided on the basis of boundary countback rule. Sydney Sixers in the second season and Melbourne Stars in the following season emerged winners following the same methodology.

However, the International Cricket Council is unlikely to make the changes for the next year T20 World Cups (women in February, men in October) which Australia will host. 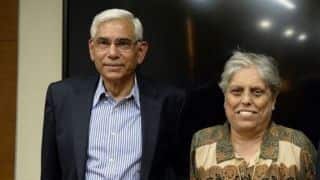