It is going to be a massive final between India and New Zealand.

West Indies in 1975 World Cup, India in 2007 T20 World Cup, Uruguay in Football’s 1930 FIFA World Cup or the first man on the moon, yes you know it – Neil Armstrong. The first winners of every big event are remembered for a long time. India and New Zealand will have a chance to write themselves in the history books when they will square off with each other in the World Test Championship final.

India’s captain Virat Kohli and head coach Ravi Shastri understand the magnitude of the final against New Zealand. Shastri stated that the WTC final is the biggest if not biggest ever final in the Test format. The Indian chief coach added that the teams fought hard for a place in the final for almost two years in the WTC cycle and it is going to be a big moment.

India won 12 matches out of the 17 they played in the WTC cycle and finished at the top of the points table with a winning percentage of 72.2. New Zealand, on the other hand, won seven matches in the tourney and had win percentage of 70 to finish at second place in the table.

“See it is the first time that you have a World Test Championship final. When you look at that and the magnitude of the game that is going to be played, I think this is the biggest, if not the biggest-ever. It is the toughest format of the game, it is a format that tests you. It has not happened over the three months, it has happened over two years where teams have played each other across the world and earned their right to play in the finals. It is one hell of an event,” Shastri said.

Virat Kohli also spoke on the same lines and added that they take a lot of pride in playing Test format and the WTC final is of paramount importance.

“I agree. I think this holds a lot of value, especially this being the first of its kind. It is the toughest format as Ravi Bhai mentioned. We take a lot of pride in playing Test cricket and the way we have progressed as a side is an example of what Test cricket means to us. So for all of us as a unit, this is like an accumulation of all the hard work of the last five-six years where we started to come up the ranks as a side and we are just happy to take the opportunity to play the finals,” Kohli said.

The final will be played at Ageas Bowl, Southampton from June 18. 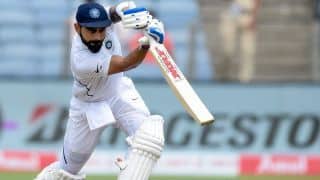 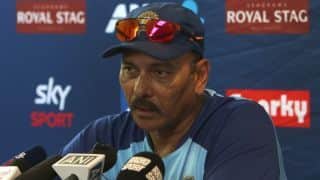