Even as the Pakistani players continue to be ignored by IPL franchisees, the PCB said its main focus right now is resumption of bilateral cricketing ties with India. 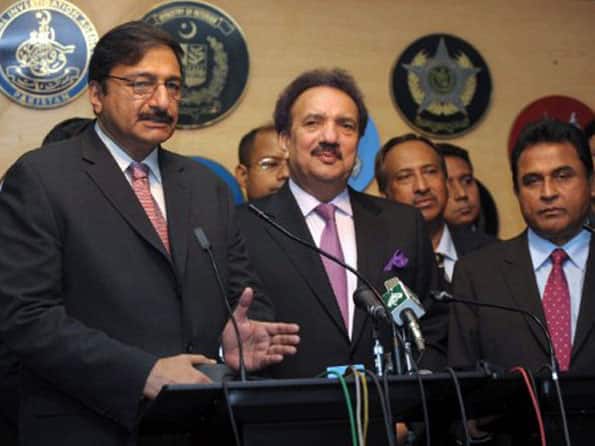 Even as the Pakistani players continue to be ignored by IPL franchisees, the PCB said its main focus right now is resumption of bilateral cricketing ties with India.

“Frankly speaking we have not spoken to the Indian cricket officials about our players not being invited to the Indian Premier League or the Champions League because our focus in recent times has remained on restoring bilateral ties first,” chief operating officer, Subhan Ahmed said here today.

“The way we see it once India resumes bilateral cricket ties with Pakistan than everything will fall into place. This includes the issue of our players participating in the IPL and Champions League,” he added.

The PCB, though, is disappointed with the absence of Pakistani players and its team in the cash-rich league and the Champions League T20 tournament.

Several Pakistani players took part in the first edition of the IPL but after the Mumbai terror attacks in November 2008, franchises in the IPL have not invited them.

Pakistan’s former captain, Shoaib Malik who led the Sialkot Stallions side to their seventh national T20 title, on Sunday said in an interview that it was grossly unfair that his team had never got a chance to play against the best teams in the Champions League.

But the PCB officer made it clear they could not force anyone to invite them into the IPL or Champions League.

“We can understand the disappointment of Malik but in the past we have spoken to the Indian board about this issue but didn’t get any positive response. So we stopped talking about it because it does not seem right for us to be running after something that is their prerogative,” he said.

Ahmed said it was up to the Indian board to take the initiative and ensure participation of a Pakistani team in the Champions League.

“Our discussions with them in recent times have been focused on restoring bilateral ties because we believe once that happens than our players will also be invited to take part in the IPL and Champions League,” he said. (PTI)