The International Cricket Council (ICC) has confirmed that umpire Billy Doctrove has announced his retirement from umpiring. The announcement was made public on the governing body s twitter account. 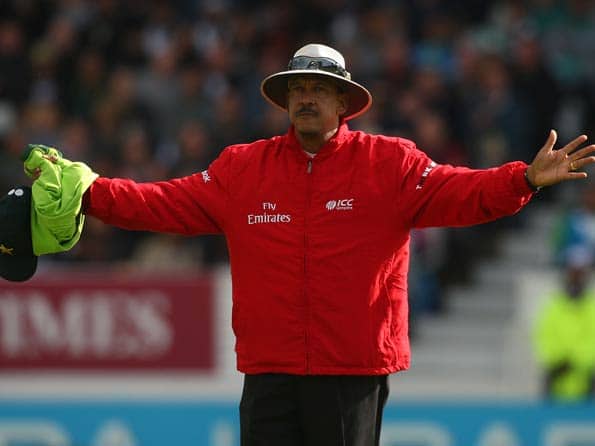 The International Cricket Council (ICC) confirmed that Elite Panel umpire Billy Doctrove has announced his retirement from umpiring and will not be seeking an extension to his contract which expires at the end of this month.

Doctrove was due to officiate in the forthcoming ODI and Test series between Sri Lanka and Pakistan, starting in Pallekele from 7 June, but has withdrawn from what would have been his last assignment as an elite panelist as he had to return to Dominica due to a family bereavement.

As such, the second Test between New Zealand and South Africa in Hamilton in March has turned out to be Doctrove’s last appearance as an elite panelist.

This brings down the curtain on an outstanding career in top-level umpiring in which the 56-year-old stood in 38 Tests, 112 ODIs and 17 T20Is, including the final of the ICC World Twenty20 2010 between England and Australia in Barbados.

Doctrove was promoted to the Emirates International Panel of ICC Umpires in 2004 before being elevated to the elite panel in April 2006.

Doctrove, reflecting on his decision and career, said: “After much consideration I have informed the selectors of my decision to retire.

“It has been an incredible 14 years for me as an international umpire and I have enjoyed every moment of it,” Doctrove was quoted saying by ICC s official website.

“It has been a dream journey and to supervise international matches which were played by many great players at iconic venues.

“I am also honoured and privileged to have been part of the transformation process in cricket with the introduction of technology which is now considered as an integral component of international cricket and the introduction of the revolutionary twenty20 format which has taken cricket to a completely new level.

“It was a highlight to umpire in the ICC World Twenty20 final in Barbados. That was a special and an unforgettable occasion.

“I am extremely thankful to my family and friends worldwide, for their support and encouragement that they afforded to me during my career.

“I would also like to thank the WICB and the ICC for the many opportunities they provided me to serve this wonderful game.”

In his tribute to Doctrove, Vince Van Der Bijl, ICC Umpires and Referees Manager, said: “Billy has been an excellent servant of the game and we thank him on behalf of the entire cricket fraternity for his outstanding contribution as an international umpire for 14 years.

“To have remained as one of the game’s top officials for that length of time has required Billy to be self-motivated, confident and well respected.

“Billy is a very special man, with strong values, firm beliefs yet with an underlying gentleness and humour, and a great family man – a wonderful blend.”

I have always saved matches but this time I wanted to win it: Pujara