Will Birmingham manage to overcome Essex?

Birmingham Bears face Essex Eagles in the second quarter-final of the NatWest T20 Blast 2015 at Edgbston on Thursday. In the first quarter-final of the tournament, David Willey took the world by storm by scoring the fastest century in the Natwest T20 Blast when his side Northampton Steelbacks took on Sussex Sharks. Bears go into the match as favourites but Eagles are no mugs and will look to stun everybody by winning this match. Bears were humiliated at the hands of Hampshire in the County Championship, which they lost by 216 runs. Ashes 2015 winnings player Ian Bell will be the key for Bears and he will be well supported by Rikki Clarke.

“I’m not trying to overstate it, but we’ve got an enormous couple of weeks coming up. We’ve played some good T20 cricket – we have to get back into that mindset. We’ve got to forget about that performance. It’s a different style of game now. We need to encourage the guys to free themselves up and go and do what they know they can do – people know their roles and we need to make good decisions under pressure,” director of Birmingham cricket, Dougie Brown, told BBC Sport. 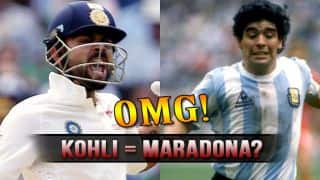