Bedi said that the Ranchi dasher has never handled his bowlers well and narrates an incident he witnessed on television to reiterate his point. “I was watching an India versus South Africa Test a few years ago and through the stump microphone, one could hear Dhoni instructing his leg-spinner [Amit Mishra] ‘khareed mat, khareed mat‘ (don’t buy your wicket). I said to myself, ‘Bishan Singh Bedi, you should thank your stars you are not playing under this guy”, Bedi said in an interview with Mid-Day.

Bedi, however, stepped away from commenting on whether India needed to replace Dhoni as a Test captain, stating that he “doesn’t want to crush someone when he is down.”

The spin wizard however urged the administrators and the people involved to be proactive if a change is what was required to take team India forward, he remarked, “If a change has to be made, it has to be made as soon as possible. What’s the point of only thinking about a change?”

Bedi also urged for the selectors to look for an Indian coach with India’s woeful run abroad under current coach Duncan Fletcher continuing in the recently concluded Test series.

“I have always believed that the Indian team’s coach has to be Indian. This mercenary nonsense has to stop some time. He (Fletcher) has made no impact and he will never make any impact. He is just toeing the lines of Dhoni and the powers. You need somebody who is assertive and accountable,” Bedi added.

Bedi also pinpointed Fletcher for not taking responsibility and cowing away during a crisis situation and demanded an explanation from India’s Zimbabwe-born coach. The Sardar of Spin also predicted further misery for Team India if the duo of Dhoni and Fletcher are persisted with.

“Can you imagine, the coach not appearing before the media and kids are thrown in front of the press. What’s the captain and coach there for? Can’t you face the media? The 0-1 defeat to New Zealand followed the 0-1 loss to South Africa earlier, India was whitewashed by England and Australia in 2011 and 2012.

“This disaster was waiting to happen. You will go to England and Australia (later in the year) and you will be hammered to the point of unconsciousness,” predicted Bedi.

Bedi concluded by stating that he was appalled at Dhoni’s excuses in the post-match press conferences. He also felt that there is something broken in the dressing room at the moment.

“He is making a fool of us with his excuses and the media is not able to put things in black and white convincingly. My biggest fear is that, despite the swagger displayed by the players, it looks to be a very unhappy dressing room. The body language gives it away.” 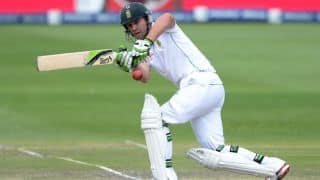 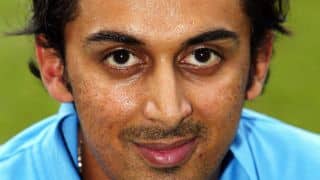