Hailing the decision of the Supreme Court (SC) to appoint a two-member committee to oversee reforms in the cricket board after the removal of two top Board of Control for Cricket in India (BCCI) officials, some Olympians and Arjuna Awardees from other disciplines today backed ex-cricketers Bishen Singh Bedi and Kirti Azad to undertake the task. Among those backing Bedi and Azad were hockey Olympians Ashok Kumar, M K Kaushik, Gurbax Singh, Balbir Singh, Joaquim Carvalho, athletes Ashwini Nachappa, Reeth Abraham, Vandana Rao and Edward Sequeira, swimmer Nisha Millet and shuttler Jwala Gutta.

“The Hon. Supreme Court has given the onerous responsibility of suggesting names of eminent people who shall comprise a committee to oversee reforms in BCCI and state bodies which have been bedevilled by controversies and malfeasance. Kirti Azad and Bishen Bedi are amongst the two most eminent cricketers and administrators who have done yeoman service to the game of cricket by helping in the clean-up of the BCCI and should be first choices for being made members of the proposed committee to be suggested by Shri Anil Divan and Shri Gopal Subramanian,” they said following the apex court’s ejection of Anurag Thakur and Ajay Shirke as President and Secretary respectively.

Sourav Ganguly: I don’t qualify for BCCI President’s post yet

“We request the Hon Supreme Court to kindly nominate Bishen Bedi and Kirti Azad, two experienced and fearless cricketers, in the proposed committee which will signal major reforms in BCCI and other Sports in due course,” they added.

“With this proactive judgement of the Hon Supreme Court we are hopeful that the cleansing up of sports in India has just begun. 25 former Internationals, Olympians, Arjuna and Dronacharaya Awardees have already petitioned the Hon. Supreme Court to direct the Government to implement the Justice Lodha Committee Reforms/Guidelines across all sporting disciplines in the country,” they remarked. 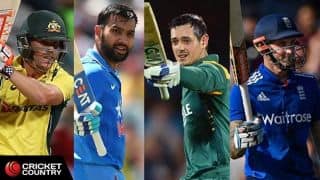 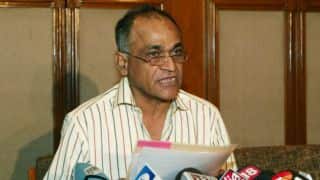