New Zealand batting coach Bob Carter has reportedly left his job with the team to take up a high-performance role with New Zealand Cricket (NZC) in Christchurch.

In his new position, Carter, who also left his role as assistant coach, will oversee development sides such as New Zealand under-19 and New Zealand A, although he would coach New Zealand A on their tour of England in July.

According to Stuff.co.nz, NZC is advertising for a replacement to join the squad’s tour of the West Indies.

Carter, who was recruited by head coach Mike Hesson for his second stint with the national side, said that he believes the team is capable of beating the top teams in world cricket and can move forward with confidence towards the ICC 2015 World Cup .

Carter further said that he is excited to take up this new position and look forward to helping the next group of players make the right preparation for the jump to international cricket. Supreme Court asks Mudgal panel to probe into IPL spot-fixing and betting scandal; given time till 2 PM to decide 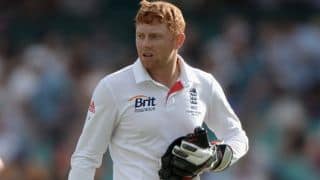 Kevin Pietersen is a 'fantastic' player who can change a game on his own: Jonny Bairstow