Steyn feels Smith's unorthodox batting style allows him to stay a step ahead of the bowler he's facing.

South Africa fast bowler Dale Steyn has lauded Steve Smith for his imperious form displayed during the Ashes and reckons the former Australia captain’s unorthodox batting style allows him to stay a step ahead of the bowler he’s facing.

Smith recently finished the 2019 Ashes as its leading run-getter with a gobsmacking 774 runs at an average of 110.57. In six innings, Smith peeled off three half-centuries, two hundreds and one double ton, which saw him leapfrog Virat Kohli and become the No. 1 Test batsman in the world. What made his performance even special was this Ashes being Smith’s first Test series since being banned for 12 months.

“Steve has come… and with his technique that he’s naturally developed, he’s just confusing bowlers left, right and centre,” Steyn said. “I think he’s a marvellous player. He’s wonderful, he’s got a great eye and a very difficult and weird technique to work out, which is working for him beautifully.”

“They literally don’t know where to bowl to this guy,” said Steyn. “And while they’re trying to work that out, he’s clubbing them all over the place and scoring runs at the same time. He’s just in a league of his own right now and I’m very happy that I don’t have to play Test matches against him ever again.”

Steyn, who has dismissed Smith once seven innings for a duck in the Port Elizabeth Test of the 2014 season, admitted he always found it tough bowling to batsmen with unique techniques.

“When I bowled to batters like Michael Vaughan or Jacques Kallis who [were] classical, technically perfect, sound batters, I always found that I could get them out,” he said. “It was only the weird guys that came around, like Shiv Chanderpaul and Steve Smith, they really confuse you about the line you should be bowling. Whether that should be on the stumps [or] outside the stumps.”

But while Smith starred in the series, his teammate David Warner underwent a horror run, managing just 95 runs from 10 innings, which included a half-century. He was dismissed by Stuart Broad six times in the series, including three ducks in a row. Steyn however feels Warner is too good a batsman to remain out of form for long.

“He’s one of the best batters I’ve ever bowled to,” Steyn said. “He puts you under pressure from ball one on day one of a Test match. You have to take what he can give you with what can happen. In this case, he’s been found wanting around the wicket against someone like Broady [Stuart Brad] attacking that off stump. Sometimes that can happen. But he’ll get to Australia, he’ll find some form, he’ll be playing around his mates and around his home crowd and that can quickly change for him.

“World-class players don’t become rubbish overnight, especially over one tour. He’ll be fine, I wouldn’t drop him at all. I’d leave it as it is.” 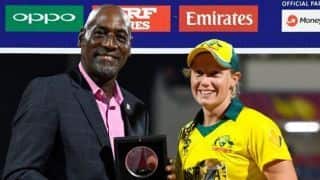 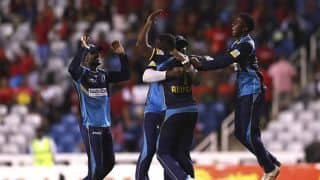