Bumrah reckoned Ashwin - who picked three wickets and the important wicket of Steve Smith for a duck - got turn because of the moisture.

Jasprit Bumrah was at his very best on the opening day of the Boxing Day Test at the Melbourne Cricket Ground on Saturday as he picked four wickets for 65 runs to bowl out Australia for 195. Bumrah also revealed why debutant Mohammad Siraj was held back as Ravichandran Ashwin was given to bowl ahead of him. Bumrah explained that it was because of the moisture on offer on the MCG strip.

“When we were bowling in the morning, there was some moisture in the wicket. As you saw Ashwin and Jaddu (Ravindra Jadeja) also got some spin. Because we wanted to make the most of the moisture, we were trying to use that (strategy of bringing in spinners early). He was getting some good bounce as well,” said Bumrah while speaking to the media.

Bumrah reckoned Ashwin – who picked three wickets and the important wicket of Steve Smith for a duck – got turn because of the moisture.

“Ashwin got turn and that was because of the moisture,” he added.

Bumrah also lavished praise on the debutant who was sharp and was rewarded with two wickets on debut.

“Playing his first Test, he (Siraj) bowled really well and he used all his confidence and skills. A very heartening sign for us. Hopefully, he continues like this,” he added.

The 27-year-old also said there was a lot of discussion on the field between the bowlers and captain Ajinkya Rahane and they wanted to help each other.

India has gone into the second Test without the services of Virat Kohli, who has returned home to attend the birth of his child, and Mohammad Shami, who is injured.

“We decided that everybody is going to help each other. Siraj was making his debut there was lot of communication about what was going on, how the wicket was changing and what the batsman was thinking. All these things were there in our mind,” said Bumrah. 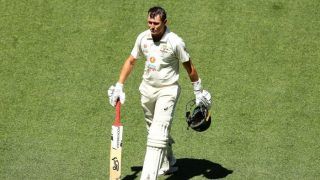