Riding on South African recruit Robert Frylinck s 4/14, Chittagong managed skittle out Rangpur to a paltry 98, but almost made a hash of the chase before crossing the line

Chittagong Vikings made a winning start to their BPL 2019 campaign with a three-wicket win over defending champions Rangpur Riders in match one of the Bangladesh Premier League at Dhaka on Saturday.

Riding on South African recruit Robert Frylinck s 4/14, Chittagong managed skittle out Rangpur to a paltry 98, but almost made a hash of the chase before crossing the line with five balls remaining and three wickets in hand. Frylinck scored an unbeaten 12 off 10 balls to walk away with the Man of the Match award.

Opting to field first, Chittagong were given a dream start by Frylinck who got rid of the dangerous Alex Hales and Bangladesh international Mohammad Mithun in his first over to reduce Rangpur to 3/2. Rangpur slumped further when seamer Abu Jayed got rid of Rilee Rossouw (7) before Frylink added his third in the form of opener Mehdi Maruf (1 off 10).

Ravi Bopara and Sohag Gazi then arrested the slump with a stand of 49 runs. Gazi departed after scoring 21 to Frylink, but Bopara went on to score 44 before becoming Jayed s second victim of the day.

In reply, Chittagong lost opener Cameron Delport (8) and Mohammad Ashraful (3) early, but Afghanistan s Mohammad Shahzad scored 27 off 23 balls to take his team s total past the 50-run mark in the 8th over. Shahzad was the third Chittagong batsman to go, trapped in front by Howell.

Chittagong then went on to lose 4 wickets for just 15 runs with Sikandar Raza (3) being run-out, Mosaddek Hossain (2) falling to Reza, Hasan (10) being cleaned up by Mortaza and the big wicket of the well set Mushfiqur Rahim for 25 by Nazmul Islam.

But, Frylinck took his team home. 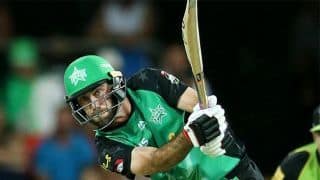 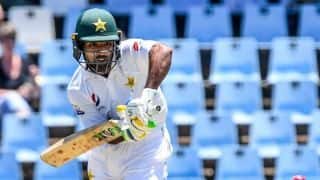