The student's union will vote on a motion calling for Imran Khan to step down.

Students at a British University have demanded that Pakistani cricketer-turned-politician Imran Khan be sacked as their Chancellor as he has failed to attend any of its graduation ceremonies since 2010.

The student’s union at the Bradford University in northern England will vote on a motion calling for Khan to step down later this month.

Mohsin Tanveer, a law student who tabled the motion, said graduates felt neglected and Khan should choose between his political career and his position at the university.

“He has continuously missed graduation ceremonies which is his utmost duty as chancellor,” Tanveer said.

“Nobody is against him. Students are unhappy with him for not fulfilling his duties, its best for both parties that he stand down,” he said.

“Our chancellor has a major political role in Pakistan, a country which has serious problems with terrorism, education and poverty,” Cantor said in a statement.

“While I understand that it is frustrating for students that Imran has not attended an award ceremony at Bradford for some time, I have urged students to be sympathetic to the situation in Pakistan and the responsibility Imran has to improving the state of the country.”

“I have appealed to the better nature of our student body to be more supportive of the work Imran has to carry out as a politician,” he said.

The Pakistan Tehreek-e-Insaaf leader is the fifth Chancellor of Bradford University. He was appointed to the post in 2005 and his formal duties include conferring students with their degrees at two annual congregations over five days. 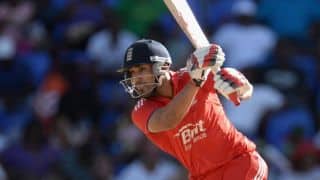