AB de Villiers will play for Barbados Tridents in CPL 4.

Castries (St.Lucia): Trinbago Knight Riders‘ (TKR) star batsman Brendon McCullum on Thursday said he believes the likes of AB De Villiers playing in the Caribbean Premier League (CPL) will help boost the tournament. In a phenomenal international career spanning 14 years across three formats, McCullum played 101 Tests (scoring 6,453 runs, including a highest score of 302), 260 One-Dayers (6,083 runs) and 71 T20 internationals (2,140 runs with a strike rate of 136.21). “The introduction of some of the biggest stars, like AB de Villiers, is phenomenal and a huge boost to have those guys partaking in the tournament. A pat on the back to CPL that they can attract some of the biggest names in international cricket to their tournament,” McCullum said in a CPL release. READ: AB de Villiers says he is committed to South African national team as he signs up Barbados Tridents in CPL

“It’s been running for a couple of years now and it’s a real coup to see these big names are attracted to the tournament because of the appeal that it’s had and the success it has generated already.” The West Indies all rounder Dwayne Bravo too will be turning up for TKR. Speaking about him, the former New Zealand skipper said, ”It’s going to be pretty cool to play on the same team as Dwayne. He’s the King of Trinidad by all accounts, so I’m looking forward to playing with him there and experiencing different cultures. Hopefully we can continue on the winning way that was experienced last year.” READ: Brendon McCullum excited to play for Trinbago Knight Riders in CPL 2016

McCullum also is relishing the prospect of playing alongside his countrymen Anton Devcich and Colin Munro. “I think one of the strengths of the New Zealander is that they find a way to get every ounce of talent out of themselves. To have two other Kiwis is going to be good fun… Hopefully with three Kiwis in our (TKR) squad this year we can give it a good shake,” he said. 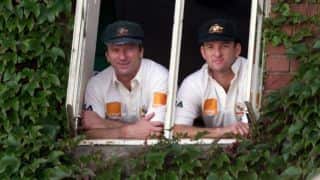 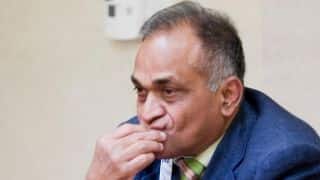