With such a variety on the plate, Sidharth had his eyes on the Rack of Lamb and creamed polenta served on a bed of spiced carrot puree. Fleming, who is a promoter of New Zealand to India too, was seen enjoying the company of Sidharth, who he had also met in the Kiwi land in 2015. The former Black Caps skipper says Indian travellers to New Zealand – especially honeymooners and families – have increased manifold. “There is a lot more interest in coming here and exploring New Zealand. There is more of motivation for Indian families, honeymooners to come to New Zealand. It always seemed like it used to be a dream, but now, yes, the appetite of Indians to travel more and be part of more adventure activities, is amazing. The young crowd is becoming reality, and that’s quite exciting,” Fleming told IANS.

“In families, young couples are pretty open to adventure. I also do some work with the education sector and there are young families coming over with students, who enjoy coming here,” he added. Talking of adventure, Sidharth pursued some activities here too. He visited Annandale, a luxurious rural villa collection, and cycled around the picturesque location. Fleming: Kohli’s captaincy, style of play is making next generation of Indians pretty powerful

“I feel like I am in paradise. It’s heaven on earth,” said the actor, who wore a proper all-black gear for the cycling trip. His adventure journey included swimming with New Zealand’s native Hector’s dolphins with Black Cat Cruises. Operating for nine months of the year from September to May, the cruises take visitors out in the Akaroa Harbour – the flooded remains of an extinct volcano.

“I have never seen Hector dolphins before. They are the smallest and rarest in the wild. New Zealand continues to surprise me,” Sidharth told IANS. Meanwhile, Fleming, who is set to visit India before Christmas this year followed by a trip in January and later for an edition of the Indian Premier League, shared his love for India. “The biggest thing about Indians is they are warm and their hospitality is unbelievable. Indian culture is similar to New Zealand. We also love people coming down here and we love to host,” he said.

(The writer’s trip is at the invitation of Tourism New Zealand. Nivedita can be contacted at nivedita.s@ians.in) 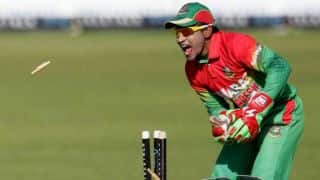 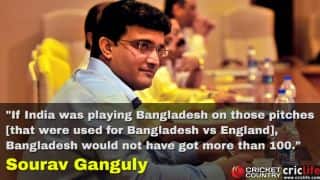