"You play against the man you're playing against not a man who may have made some mistakes as a youngster."

New Zealand skipper Brendon McCullum is willing to give Mohammad Aamer the “benefit of doubt” after the latter’s much-talked-about selection in the Pakistan squad for their limited overs tour of New Zealand. McCullum feels that if Aamer has been adequately rehabilitated after serving his sentence he deserves to be on the field if his performances merit the same. In backing the selection, McCullum echoed the words of New Zealand Cricket (NZC) boss David White. McCullum also emphasised that Aamer was just a kid when he made the mistake and had matured ever since. Aamer’s selection has evoked response from all quarters of the cricket world. ALSO READ: Mohammad Aamer’s inclusion in Pakistan squad welcomed by New Zealand Chief

“The ICC has allowed him to make some steps back into international cricket and we’ll give him the benefit of the doubt,” McCullum told Radio Sport. “There are so many circumstances involved in how each case is played out. He was a very young man at the time and I think he’s gone through a sound rehabilitation programme and ultimately if he gets out on the field against us, then you play against the man you’re playing against not a man who may have made some mistakes as a youngster,” McCullum added.

McCullum stressed that the New Zealand team had not even discussed Aamer’s inclusion in depth. “In all honestly it hasn’t dominated our team discussions. We’ve had our eyes on other things and once the Pakistan boys arrive here we’ll focus our attentions to their lineup,” the New Zealand retiring captain said. 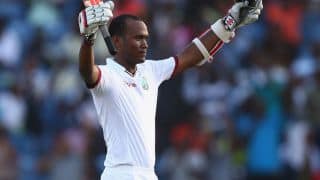 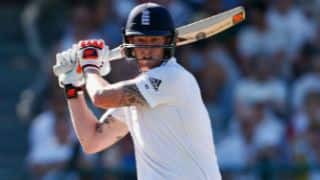