For West Indies legend Brian Lara, the length of a Test match doesn’t matter as long as they’re producing results. Lara’s comments are a fresh take after most of the world’s cricket fraternity sided with Test matches to remain five-day long, amid reports of Cricket Australia chief vouching for the long format to be shrunk by a day to make it more result-oriented.

Former and current cricketers alike have voiced their opinions against the changing of the format, with five-day Tests still getting the vote of being the way forward. Lara, however, believes Test matches are about sustaining the interest of crowd, and for that Day-Night Tests have been a good revolution.

“My only (thing) from Test cricket is that everyone that watches cricket knows the game is going to end in a result, that in itself will peak in interest.” If it is five days, four days, it doesn’t matter. If every game is going to end in a result in some way or some form, I think the interest is going to be created on the first day, on the last day, as long as people know that,” Lara, who holds the record for the highest individual score in Tests.

Lara admits that pink-ball Tests are an attraction but may not be the future of Test matches. India recently played their maiden Day-Night Test in November against Bangladesh under the supervision of BCCI president Sourav Ganguly and while the concept has been widely appreciated with tickets being sold in bulk, Lara is a believer of bringing fans by making Test cricket great again.

“I think it (Day/Night Tests) is an attraction, but I don’t think it is a way forward (for) the game. I don’t think that’s going to bring anybody back. I think it (Test cricket) is something that has gone away from couple of generations and we need to get it back from a very early age,” the former West Indie skipper said.

“May be the ICC or Governing Body is shifting towards T20, may be little bit less concerned about Test cricket, but that is their modus operandi and I have no clue. I just know for me when you see a good Test match it is very special.” 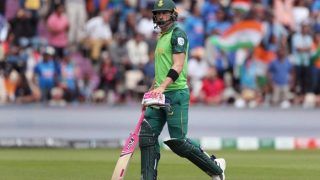