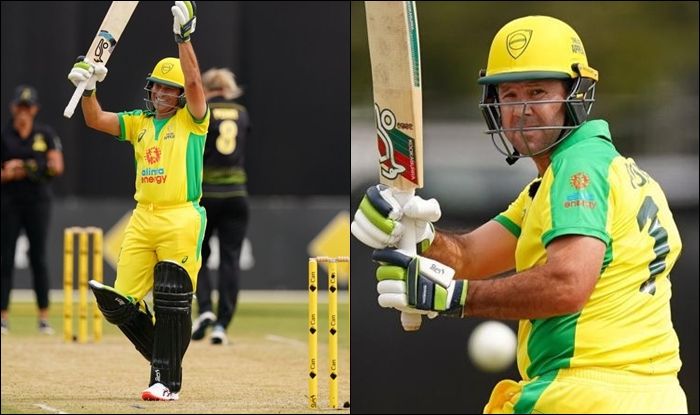 From Sachin Tendulkar to Wasim Akram to Brian Lara, the biggest names in cricket game together for a cause on Sunday at the Junction Oval to raise funds for Australia’s Bushfire victims. The two teams – Ponting XI and Gilchrist XI put on a great show which gave fans value for money. Eventually, Ponting XI edged Gilchrist XI by a run in the 10-over contest.

Earlier in the day, Gilchrist XI won the toss and opted to field first. To the delight of the fans, former Australia Test openers Justin Langer and Matthew Hayden opened the batting for Ponting XI. Unfortunately, the duo could not get going as former West Indies international Courtney Walsh clean bowled Langer for six. Hayden was the next to depart for 16 as former India international Yuvraj Singh picked his wicket.

Captain Ricky Ponting put on 26 off 14 balls before he retired out. Phoebe Litchfield scored nine off 12 balls before being dismissed by Andrew Symonds. Brian Lara walked out to bat and looked in sublime touch as he timed the ball beautifully and found boundaries at will.

He scored a quickfire 11-ball 30 before being retired out. Eventually, Ponting XI managed to post 104 for five in 10 overs.

With 104 to win, Shane Watson and Adam Gilchrist walked out. Both got off to belligerent starts. They reached 49 in three overs before Watson retired out. Skipper Gilchrist was then clean bowled by Luke Hodge for 17 off 11 balls with the score 49.

The departure of Gilchrist brought Brad Hodge to the middle. Hodge could not get off-the-mark and was out for a two-ball duck. Yuvraj too could not get going as he departed for two off six balls.

Symonds rose to the occasion, smashing a 13-ball 29. His innings was laced with three fours and two sixes. He was retired out with the score on 84. Elyse Villani was next to follow as she scored six off nine balls before being retired out.

Cameron Smith scored five off seven balls and Nick Riewoldt scored nine off six balls brought Gilchrist XI close but they fell a run shy. Brett Lee was the pick of the bowlers from Ponting XI as he scalped two for 11 in his two overs. 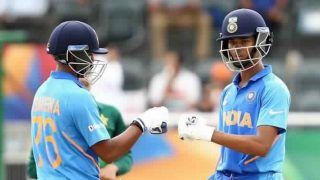