In contrast to the 20-year-old fixed-revenue model, the new agreement has been largely simplified and more smoothly codified and that it includes both women and men.

Melbourne: A long-standing pay dispute between Cricket Australia (CA) and Australian Cricketers Association (ACA) has finally come to an end with the completion of the full Memorandum of Understanding (MoU) between two cricket governing bodies for next five years. It should be noted the negotiations and drafting of the MoU took almost two months, after the heads of the two warring parties, chief executives James Sutherland and Alistair Nicholson, announced an “in-principle agreement,” following the final round of face-to-face negotiations at the Melbourne Cricket Ground on August 3. In contrast to the 20-year-old fixed-revenue model, the new agreement has been largely simplified and more smoothly codified and that it includes both women and men.

According to the new MoU, payment of 27.5 percent of agreed Australian Cricket Revenue will be provided to all players according to CA’s projections over the next five years, with players also receiving 19 percent of revenue created above projections and grassroots levels of the game handed 8.5 percent. In case the revenue exceeds more than $A1.96 billion over the next five years, then the players will get 27.5 percent of that extra surplus, ESPNcricinfo reported. Meanwhile, the players’ union would continue to be funded by the CA, with money no longer be considered as a `grant` to the ACA but instead a payment for the players’ intellectual property as used by the country’s cricket board for broadcasting, promotion and sponsorship of the game.

In a strategy document released on Thursday for the next five years, CA revealed their aim to make the WBBL the “undisputed leader of women’s sporting leagues in the world” by 2022. The document further elaborated the need for CA to provide the sport’s fans with more of T20 cricket, with an aim that dovetail with Australia’s hosting of the women’s and men’s World T20tournaments in 2020. Although Sutherland to speak about the strategy, he had last month hinted that it is most likely to be his last MoU negotiation after having served as the chief executive of CA since 2001.

“We’re very pleased to be putting this one behind us and we’re looking forward to five years of stability.That [the next one] might be someone else’s problem I think,” he said. Players, having central contracts and state players without multi-year deals, were left unemployed after the deadline for a new MoU was not brokered by June 30. ACA had earlier rejected the new pay offer from the game’s governing body, saying the proposal will be a win for cricket administrators but a loss for the game.

In March, CA made an offer, proposing that the average pay of Australia’s international women’s players would rise from $A79,000 to $A179,000, while the average remuneration of state cricketers would be more than double to $A52,000. Under CA’s proposal, only male international players would have had the chance to share in any surplus revenue, while other domestic male players and women at both domestic and international level would have had to settle for fixed amounts which would not have fluctuated according to the game’s income.

However, the ACA had pointed out a series of concerns with the proposal, saying that it “disrespects the value of domestic cricketers and the role they play in Australian cricket”. The major reason behind the ACA ‘s opposition was CA’s proposal to scrap a shared revenue model for player payments, which had been in place for nearly 20 years. 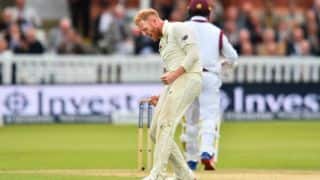