"Winning any global tournament back to back is never easy. This very fact needs to be looked upon in a very positive mind frame." - Avishek Dalmiya

Kolkata: The Cricket Association of Bengal congratulated the Indian blind team for successfully defending the Cricket World Cup for Blind beating Pakistan by two wickets at Sharjah today. Put in, Pakistan scored 308/8 in 40 overs as India chased down the total in 38.2 overs. “Winning any global tournament back to back is never easy. This very fact needs to be looked upon in a very positive mind frame,” CAB joint secretary Avishek Dalmiya said.

“We hope that the BCCI would consider initiating steps to promote or encourage such talented cricketers in whatever way that may be practically possible for it,” he said. Dalmiya said stage programmes like eradication of blindness that had been started by Asian Cricket Foundation at the Eden Gardens a decade back should be revived.

The National Cricket Club, which has been officially sponsoring kits for the visually-challenged cricketers from Bengal who had been selected for the India/trials, also sent in a note of congratulation.

“NCC will continue to support the visually challenged cricketers in future and feels humbled at the rich rewards these cricketers have brought to the nation,” Niraj Kajaria, NCC secretary said. NCC has begun organising tournaments for the blind men and women cricketers for the first time in West Bengal on an annual basis. 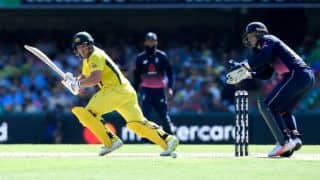