Van Wyk and Delport slammed centuries to guide Dolphins to 367 for no loss from 50 overs.

Dolphins batsmen Cameron Delport and Morne van Wyk etched a new world record when they shared an unbroken 367-run partnership in a South African domestic encounter. The stand is now the highest partnership for any wicket in the limited-overs cricket, breaking Sachin Tendulkar and Rahul Dravid‘s 331-run stand against New Zealand in 1999.

The opening duo played the entire course of fifty overs to end at a score of 367 for no loss against the Knights during in the fifth game of the Momentum Cup. While van Wyk scored the bigger share of runs in the stand with a knock of 175 from 171 balls, Delport scored 169 from 130 deliveries. The partnership consisted of 27 fours and 11 sixes, reported The Guardian.

The Knights staged a superb fight back for most part of their innings, cruising at 289 for the loss of one wicket at one stage with Reeza Hendricks (181) and Rudi Second (107) unleashing vengeance on the Dolphins attack. A series of quick dismissals thereafter brought the control back in the hands of the Dolphins, who emerged winners with a 25-run margin in the end.

Indian batting legends Sachin Tendulkar and Rahul Dravid had created the record in 1999 with a 331-run stand that saw India post a mammoth 376 for the loss of two wickets against New Zealand in 1999. The duo broke the previous record of 318 runs that was shared between Rahul Dravid and Sourav Ganguly against Sri Lanka at Taunton in the 1999 World Cup. 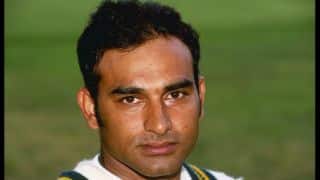 Aamer Sohail talks about the strengths and weaknesses of Team India 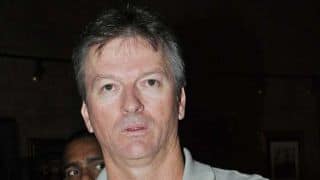