You Will See Lot Of Changes: Captain Rishabh Pant On What India Plans To Do Ahead Of T20I Series vs South Africa

You Will See Lot Of Changes: Captain Rishabh Pant On What India Plans To Do Ahead Of T20I Series vs South

Rishabh Pant opened up on how India would approach the upcoming series against South Africa after being named as the captain of national team in absence of KL Rahul, who has been ruled out of the series due to injury.

Rishabh Pant will lead India in the upcoming T20I series vs South Africa in absence of KL Rahul, who was ruled out of the series due to an injury. The series is scheduled to start on Thursday, June 9, 2022, at the Arun Jaitley Stadium, Delhi and the India captain seemed very happy at the prospect of leading the side for the first time.

Talking about India’s plans, Pant revealed that they have thought about certain goals they wanted to achieve as a team and are continuously working on them leading into the Asia Cup and T20 World Cup 2022 set to be played later in the year while stressing on the fact that in the coming days, there will be a lot of changes, especially in the way they approach a game of cricket.

“As a team, we have thought about certain goals we want to achieve as a team and are continuously working on them because at the end, we have the World Cup at the back of our heads and we are preparing for that. In the coming days, you will see there will be a lot of changes and the way we play cricket I guess,” Pant told reporters.

“It’s one of the best things I would say because I have worked with him in U19 India days, then in India team and in IPL also. There’s a lot of experience with him and he’s already a legendary cricketer. I don’t have to introduce him to anyone. There’s a lot of learning from him Iike discipline, how to conduct myself on and off the field, learning game tactics, there’s lot to learn from him,” Pant said.

“It’s a very good feeling. Didn’t come under very good circumstances. At the same time, I am feeling happy. I would like to thank BCCI for giving me this opportunity to lead the Indian side. I will try to make most of it,” added the Indian wicket-keeper captain.

Pant thanked BCCI for giving him the opportunity to lead the side along with all the well-wishers who had been by his side through thick and thins during his cricket career.

“But first of all, thank you to all my well-wishers throughout my journey for supporting me through my thick and thins of my cricketing career. But I would like to make this as a base to keep improving and making my life better and better each and every day,” said the 24-year-old.

“It’s a great feeling, especially getting an opportunity like this in your hometown. Nothing bigger opportunity than that and I will try to make most of it and give my hundred percent,” he said. 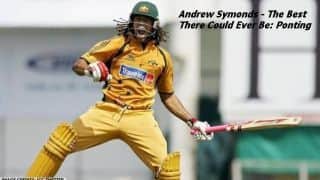 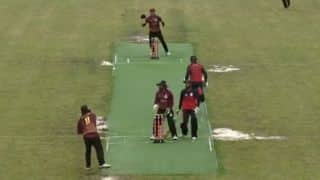