Captaincy is Not Like Going For a Job Interview: Dean Elgar

Captaincy is Not Like Going For a Job Interview: Dean Elgar

It seems likely that by the time South Africa play their next red-ball game, a new skipper would have been appointed with Elgar among those leading the race.

Dean Elgar reckons isn’t like a job interview where someone makes an application by putting in their CV but is decided by the higher-ups.

After their disastrous World Cup performance last year, South Africa appointed a new limited-overs captain in Quinton de Kock. The incumbent Faf du Plessis though managed to hold onto his position as the Test captain but oversaw two successive series defeats at the hands of India (away) and England (home).

It seems likely that by the time South Africa play their next red-ball game, a new skipper would have been appointed with Elgar among those leading the race.

However, the opening batsman feels it’s something that’s not in his hands.

“The captaincy is not like going for a job interview, where you hand in your CV,” Elgar told ESPNcricinfo. “You don’t put your hand up for it. It’s something that’s decided by someone else and it’s who they think is the best person for the job. It’s good for players to have confidence and back their abilities, but when you do that, you can put yourself in an exposed position.”

Commenting on what went wrong for Du Plessis, Elgar pointed out the lack of results as the main reason why he was replaced in white-ball cricket. “If you as a captain aren’t getting results, then pressure builds. The World Cup didn’t work in his favour and then everything snowballed from there. He would have known whether it was the right time to step down or not,” the 32-year-old said.

Elgar said a lot has changed in the South African dressing room since he made his debut in 2012 as he now has more say in shaping the team environment.

“Everything has changed. When I started in 2012, I didn’t have much of a say. I was just happy to be around guys like Kallis, Smith, AB de Villiers. For me, it was just to keep quiet and play,” he said.

As time has gone on, I have become more senior and I have more of an influence over the environment. It’s almost like you have to learn quite quickly and fast-track your leadership skills, which at 32 are maybe not that good because you missed a few steps along the way,” he added. 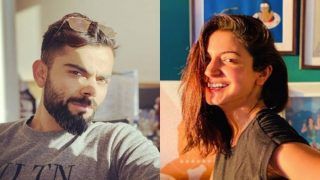 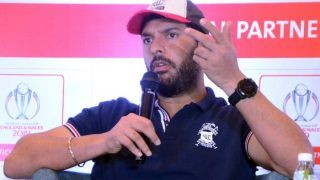