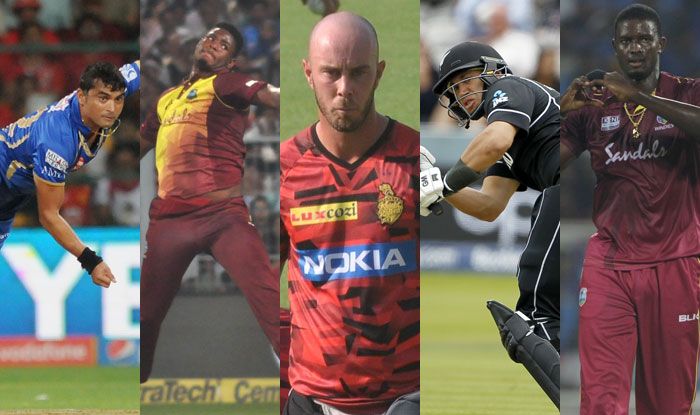 After almost five-months of absence, top-flight T20 competition returns with Caribbean Premier League which gets underway from August 18. The 33-match tournament will be played in Trinidad & Tobago with just two stadiums set to host the entire event.

Ahead of tournament, we look at top five player who can set the stage on fire.

A regular face in the CPL, the dangerous willow-wielder Chris Lynn earlier plied his trade with Jamaica Tallawahs, Guyana Amazon Warriors and Trinbago Knight Riders. This time Lynn will feature for St Kitts and Nevis Patriots after he was sold to the team during this year’s one-of-a-kind virtual CPL 2020 Draft. The Australian batsman boats of a lethal strike-rate of 144.15 in T20s and will form the core of the Patriots’ batting department. A match-winner on any given day, Lynn will aim to make a strong statement specially after being released by IPL franchise Kolkata Knight Riders (KKR) last year.

The 23-year old pace machine Oshane Thomas was among the 5 retained players by Jamaica Tallawahs this season. Pace bowling is where the Tallawahs boast of an enviable repertoire and Thomas becomes a vital cog in the wheel this season. He made his humble CPL debut in 2017 but made waves in the next edition when he emerged as the second-highest wicket-taker in the season with 18 wickets in 10 matches. The CPL will be an important assignment for the wily pacer, who escaped a serious injury after being involved in a motor accident in Jamaica earlier this year. The Tallawahs, winners of the inaugural edition and two-time champions, begin their campaign against St Lucia Zouks in the third game, and Thomas will be definitely itching to make a mark. There’s no doubting that!

A flagbearer of West Indies cricket, one who displayed his true potential in the recently concluded series against England, Jason Holder is part of a very potent Barbados Tridents team. The 28-year-old has registered significant, if not match-winning contributions with both bat and ball and has displayed glimpses of single-handedly leading teams to victory. Holder, who has a wealth of experience with a truckload of runs backing him, will be key in the Tridents’ title-defending campaign this season.

One of the most experienced campaigners in the CPL, Ross Taylor will be returning to Guyana Amazon Warriors after taking a break from last year. The BlackCaps batsman, who was drafted overnight for the CPL 2020, will bring all the required experience to the team and he is also expected to light up the tournament with his fiery display of batsmanship. In the four seasons that Taylor has played, he has scored 724 runs with an average of 31.5 in 36 matches.

It’s the story that any Indian cricketer will be inspired by! At 48, Indian-born leg-spinner Pravin Tambe will be making his debut in the CPL 2020 this year with Trinbago Knight Riders. The oldest player in the league, Tambe who became the first Indian to bag a CPL contract, shot to fame during his stint with IPL franchise Rajasthan Royals between 2013 and 2015. He went on to play for the now-defunct Gujarat Lions and also was part of the Sunrisers Hyderabad squad.

Where to watch: Star Sports Network

Mitchell Starc Reaches Settlement in Insurance Fight of USD 1.53 Million For Missing 2018 IPL Due to Injury 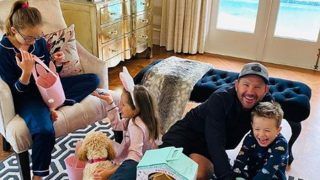