The match between Bengal Tigers and Karnataka Bulldozers will pit stars against each other.

Catch live streaming of match 13 of the CCL 2016 between Bengal Tigers and Karnataka Bulldozers on the official Celebrity Cricket League (CCL) 2016 YouTube channel and live telecast on Udaya TV. Bengal Tigers and Karnataka Bulldozers have played good cricket in the tournament so far. It shall be interesting to witness which team wins this all-important semi-final match. This is the first semi-final of the sixth season; the other will be played in the evening. It is a knockout match and hence very important for both the teams. People can enjoy the match by streaming it live from YouTube. Live streaming is a blessing for all sports’ fans as people can enjoy all sporting action on the go.

Karnataka are certainly the better of the two sides going into this match but they cannot take Bengal lightly. Getting lose at this crucial juncture and all their hard work done so far in the tourney will go waste. Bengal are yet to win a CCL season and they would be hoping that they come out good this time around. They have just two more matches to win but it is not going to be easy. They will take on Karnataka, who have won CCL two times in the past and are the most successful team along with Chennai Rhinos, who also have two CCL titles to their name.  The team winning this match will face the team that wins the second semi-final game. The second semi-final is also scheduled today, later in the evening while the final match is scheduled for tomorrow. 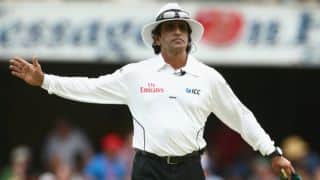