Afghanistan’s leg spinner Rashid Khan, who impressed everyone with his skills in the recently concluded Indian Premier League grabbing 21 wickets, was presented with the T20 Bowler of the Year Award. New Zealand’s swashbuckling opening batsman Colin Munro won the T20 Batsman of the Year Award.

Indian cricketer Harmanpreet Kaur, who single handedly took the women’s team to the final of the ICC Women’s World Cup with her breath-taking knock of 171 not out against Australia in the semi-final, won the Outstanding Innings of the Year Award.

Mayank Agarwal, who had a dream domestic season with the bat for Karnataka, was given the Domestic Player of the Year Award. Agarwal, who received the award at the hands of legendary batsman Dilip Vengsarkar, termed the past year as fantastic.

Eighteen-year-old Shubhman Gill, who made his mark in the U19 World Cup in Australia and the IPL while playing for the Kolkata Knight Riders, was the U19 Player of the Year. Former Australian all-rounder and Sunrisers Hyderabad coach Tom Moody praised Gill saying he understands the game and had game awareness.

CEAT U 19 Player of The Year – Shubhman Gill 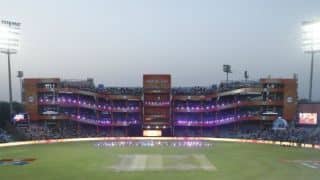 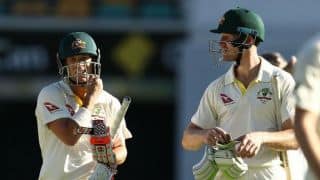