Rookie teenager Shafali Verma, who has been picked in India's T20 squad, would be the cynosure of all eyes.

Rookie teenager Shafali Verma, who has been picked in India’s T20 squad, would be the cynosure of all eyes when the Board President’s XI takes on the South Africa women in a warm-up match in Surat on Friday.

The 15-year-old Shafali was named in the Indian women’s team for the T20 series against South Africa following her impressive performance in the Women’s T20 challenge earlier and at the age-group level this year. The diminutive Haryana-girl would like to make optimum use of the warm-up game and get runs under her belt if she is given an opportunity in the playing XI.

The first warm-up game will be held on Friday at the Lalbhai Contractor stadium followed by the second match on Sunday.

Apart from Shafali, pacers Mansi Joshi and Pooja Vastrakar have also been named in the T20 squad and a good outing on Friday would also boost their morale before the tournament gets underway in Surat from Tuesday.

On the other hand, the South Africa women will also be aiming to start their Indian tour on a winning note. They would be keen to use these games to assess the conditions and get acclimatised to the hot and humid weather. 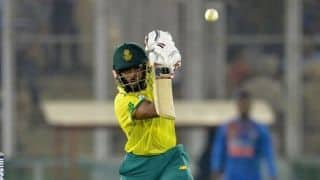 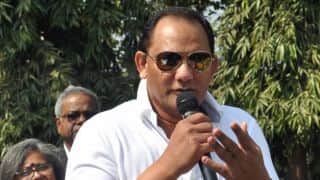